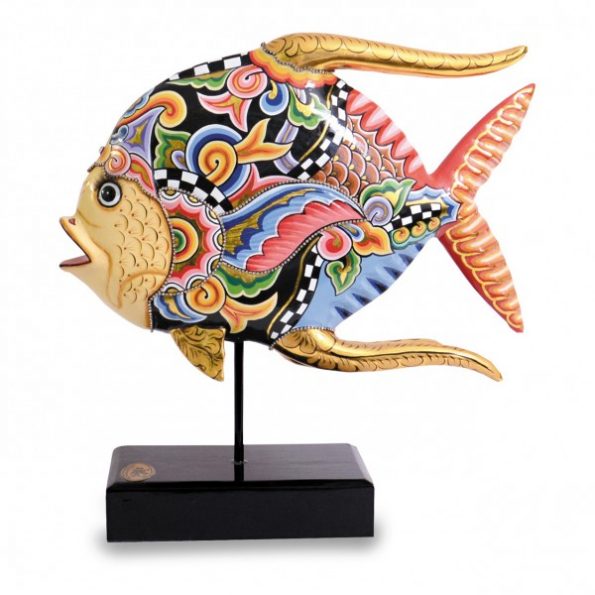 Dimensions: 42 x 41 x 14 cm,
material: fiberglass,
coral fish L: Coral fish are the most colorful fish that live in the fascinating coral reefs of the oceans. In this case, Tom’s Drag also manages to give them even more extravagant costumes and thus make them the unrestricted exotic species of the seas. Fish on a removable staff base.