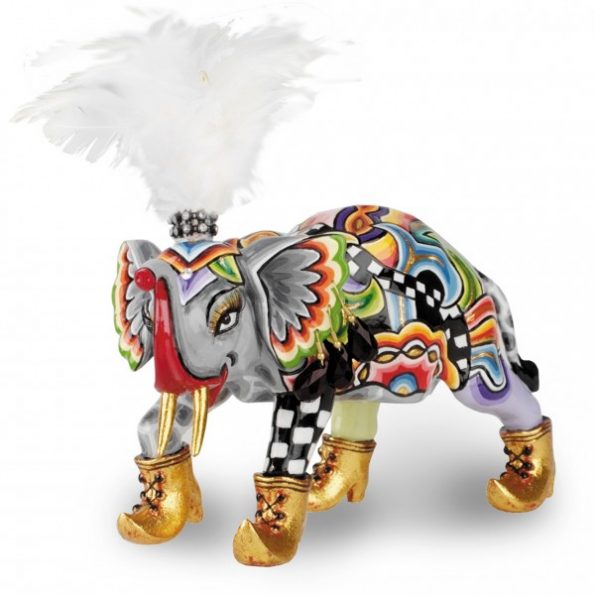 Dimensions: L 18, H 15 cm with feathers,
material: Marmorin,
elephant “Hannibal (S)” is a real Tom’s Drag. The symbol of luck and a long life wears a fantastic costume full of exotic, playful ornaments and shines in the colors of the rainbow. With its decorative feather headdress it is adorned like a carnival parade. What a wonderful world!

Be the first to review “ELEPHANT HANNIBAL” Cancel reply