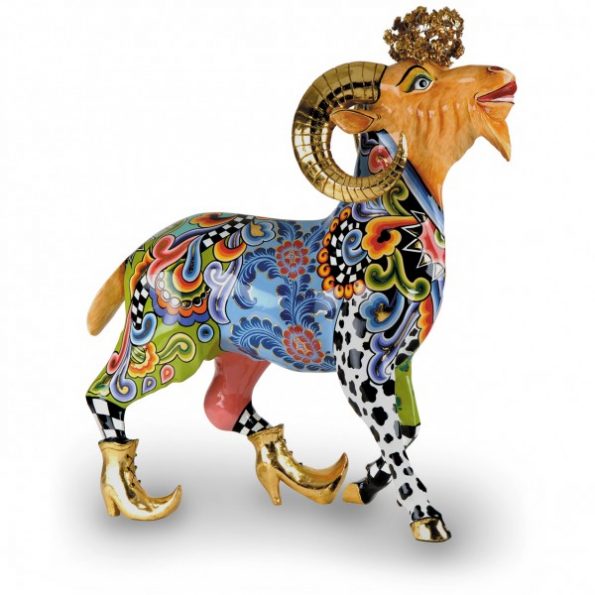 Capricorn Louis. Tom’s homage to his own zodiac sign. Ibex inhabit the steep mountain slopes of their home countries in Europe, Africa and Asia. They are skilled climbers in a mostly barren environment. People born under the sign of Capricorn are said to have determination, energy and perseverance. And they love life more than anything: this is also shown by “Louis” in his cheerful outfit. This sculpture is available in a limited, numbered edition with a certificate of only 300 copies.

Be the first to review “CAPRICORN LOUIS” Cancel reply