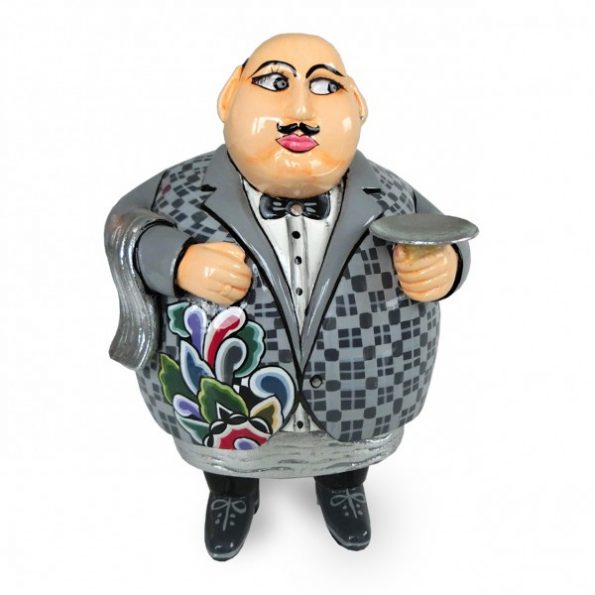 Dimensions: 16 x 15 x H 23 cm,
material: Marmorin,
waiter Ortwin is a bon vivant, a real man of life. Who would not like to have his drinks or food served by him?
With a silver-colored tray, suitable for a tea light, for example.
The drag manifesto par excellence: In this collection, Tom drove his play with stereotypes into the comic-absurd. You come across a number of real types with all their clichéd attributes. Everyone is different, everyone is the same, everyone loves drag.