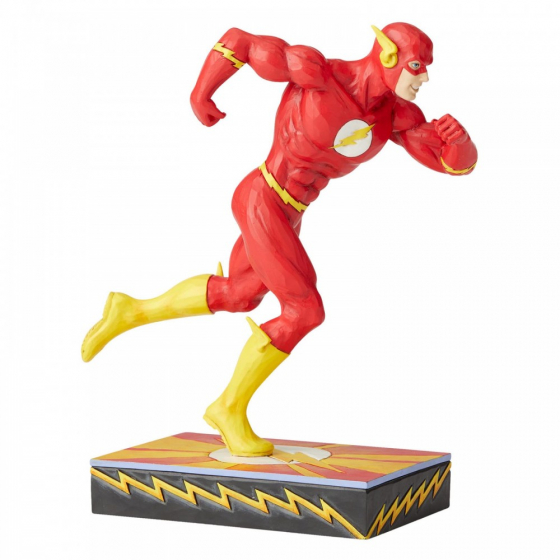 Description: DC Comics Justice League is a comprised of the worlds most iconic superheroes. Jim Shore celebrates The Flash in an iconic pose in his signature wood carved look and folk art styling. Sure to be a treasured gift across the generations. Unique variations should be expected as this product is hand painted. Packed in a branded gift box. Not a toy or children’s product. Intended for adults only.

The event was created in 2006 by Marc Spits and his son Mike. It was inspired by Marc Spits’ visit (while logging in Myanmar) to the elephant hospital in Thailand, which constructs prosthetic legs for elephants that encounter landmines. There he saw Mosha, a baby elephant who lost her foot when only seven months old