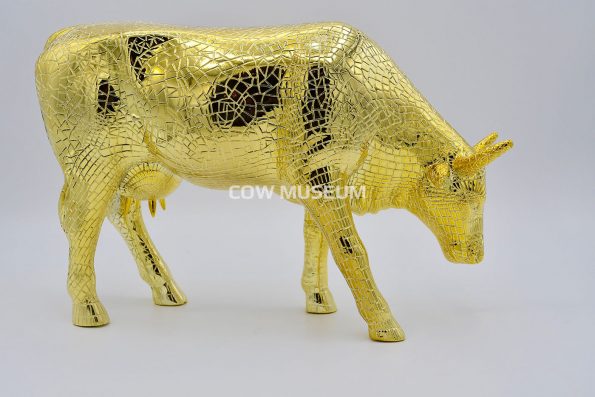 Designed for simplicity and made from high quality materials. Its sleek geometry and material combinations creates a modern personalized look.

Mira Moo Gold figurine is one distinguished peace of art among the Cow Parades Events, which  is the largest public art event in the world. Since 1998 there have been events worldwide in 80 cities. More than 10,000 artists have produced more than 5000 unique works of art.