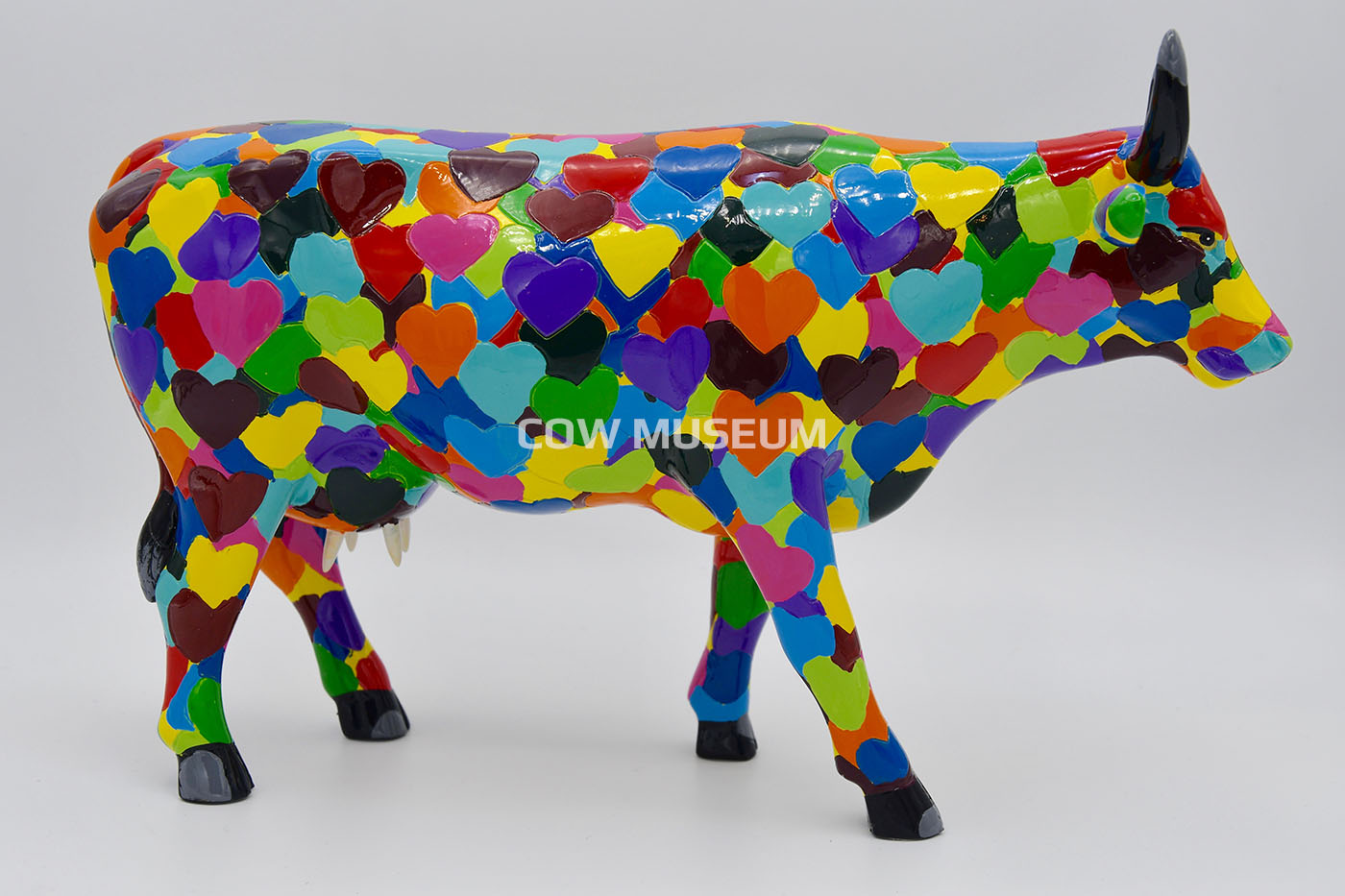 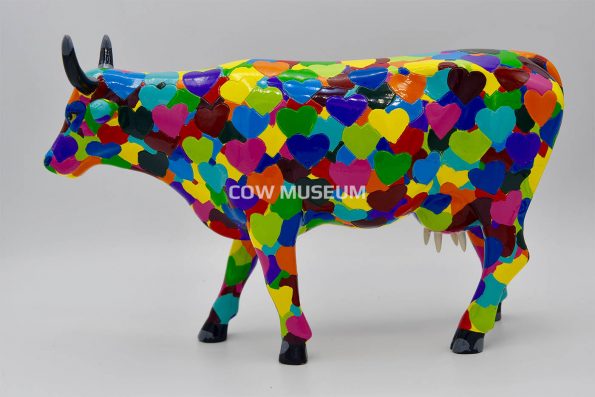 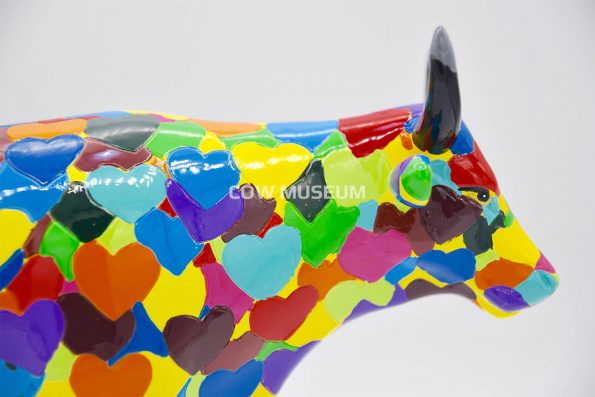 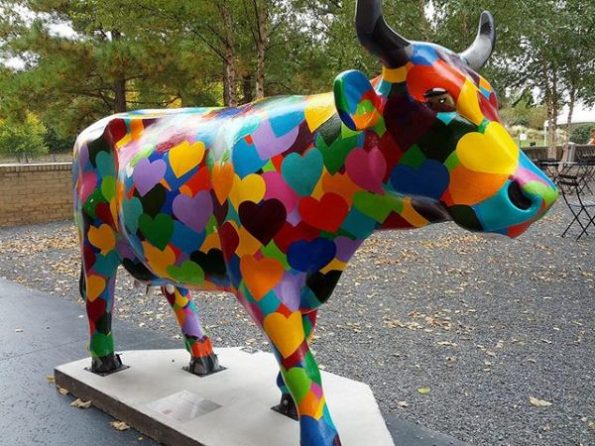 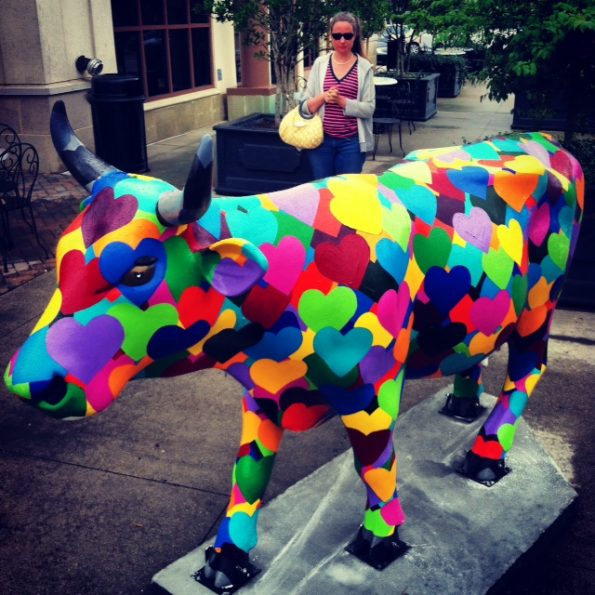 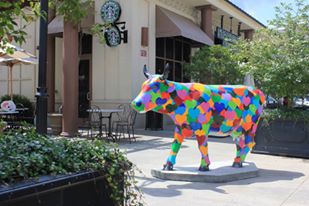 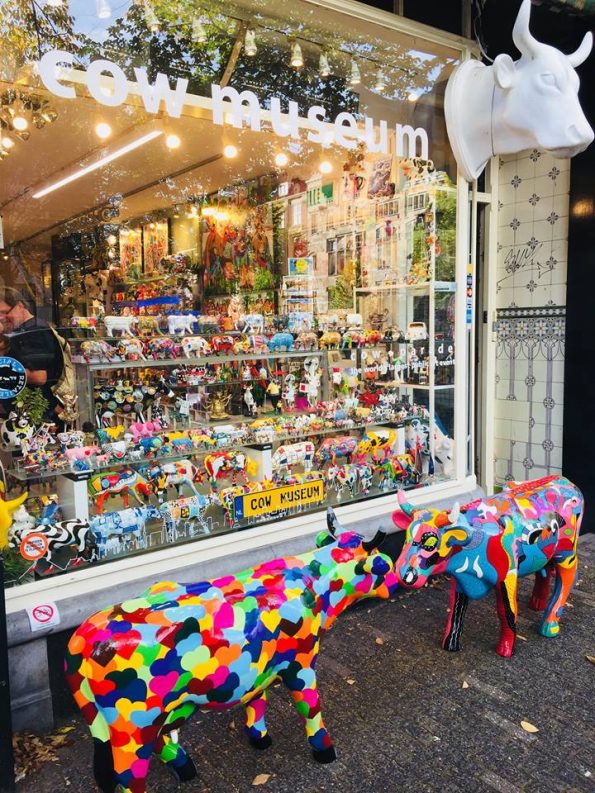 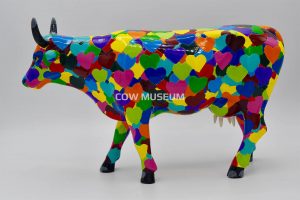 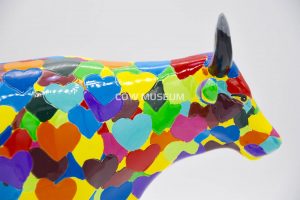 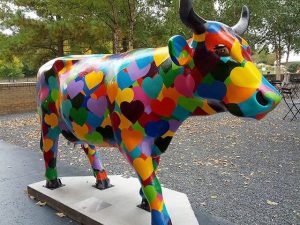 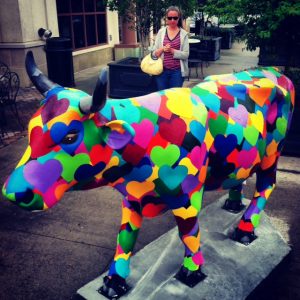 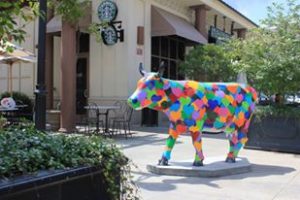 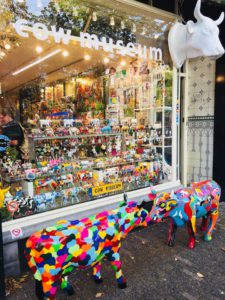 Heartstanding Cow (small) figurine is one of the distinguished peace of art among the Cow Parades Events, that is well known as the largest public art event in the world. Since 1998 there have been events worldwide in 80 cities. More than 10,000 artists have produced more than 5000 unique works of art.

The original Heartstanding Cow (aka El) is covered with 701 hearts. The replica therefore also received as many hearts as possible. The original sold for $5,500 at an auction with proceeds going to NC Children’s Hospital. “I put hearts in my paintings to bring the viewer in for a closer look. Hearts help us to share the feelings of love and hope that connect us all,” Steven Ray Miller. Love, hearts, colors, love

Be the first to review “Heartstanding Cow (small)” Cancel reply