Welcome to our Cow Museum shop! Free shipping from €50 within the Netherlands 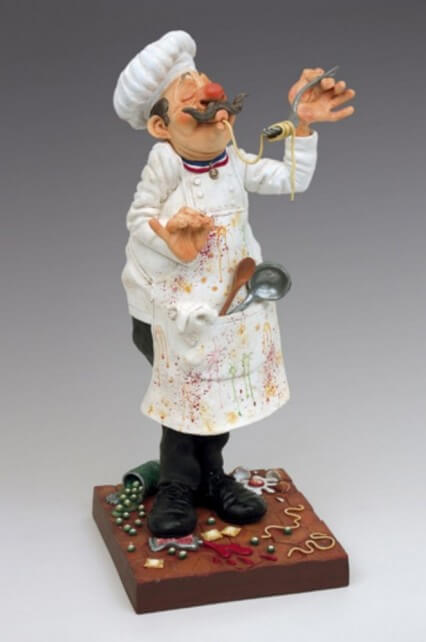 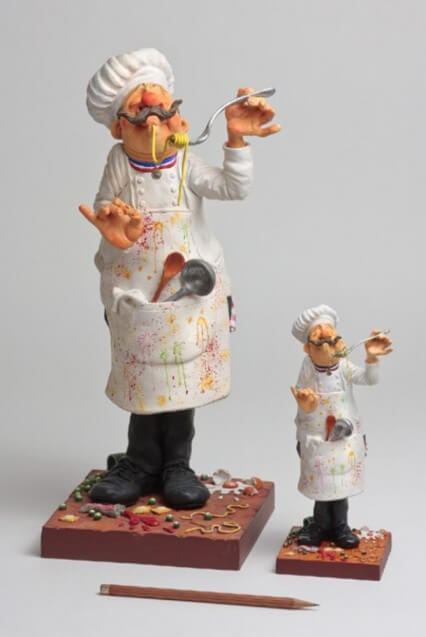 the Cook
“A Milanese Napolitaine, one, for table five!” yelled the waiter in the direction of the kitchen where the famous chef, Rodolfo Monti, was tasting his world famous recipe known as “Spaghetti Putanesca with stinging nettle sauce”.

“Wait un pó, I’m not una machina! ” steamed the “ maestro ” while he tasted his sixth spaghetti dripping with sauce.

“Humm, it’s “incommensurabile ”, exquisite, exceptional, “ favolosi ”! the chef couldn’t stop from repeating himself with his mouth full, while dunking a hunk of bread in the sublime sauce and wiping his mustache with his sleeve.
SIZE : 19x18x41 cm.