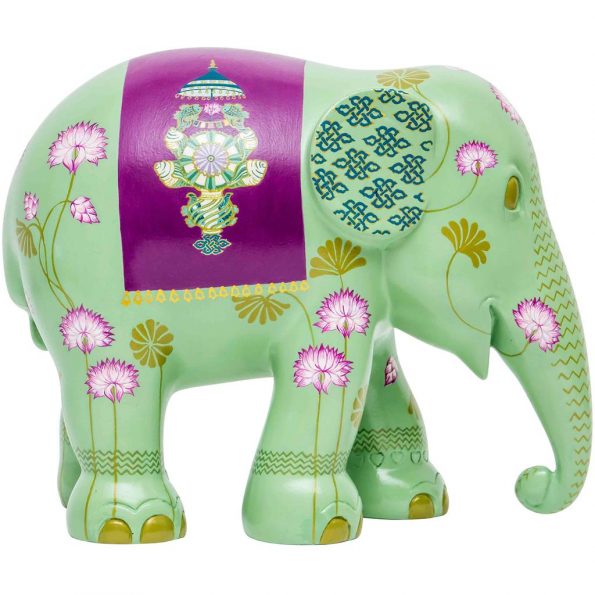 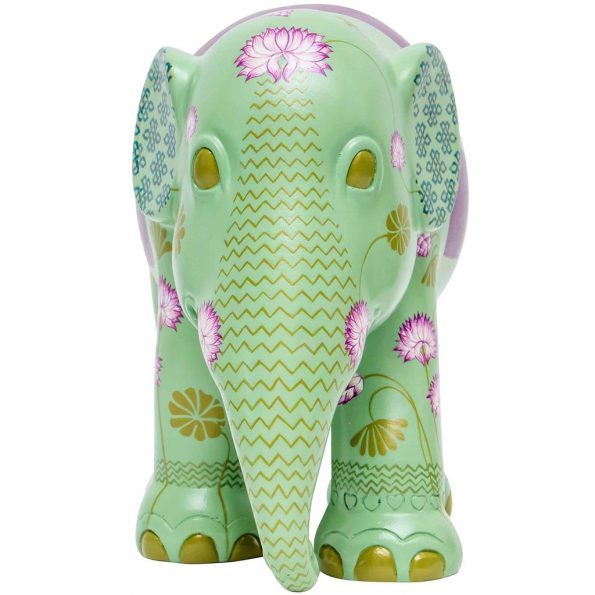 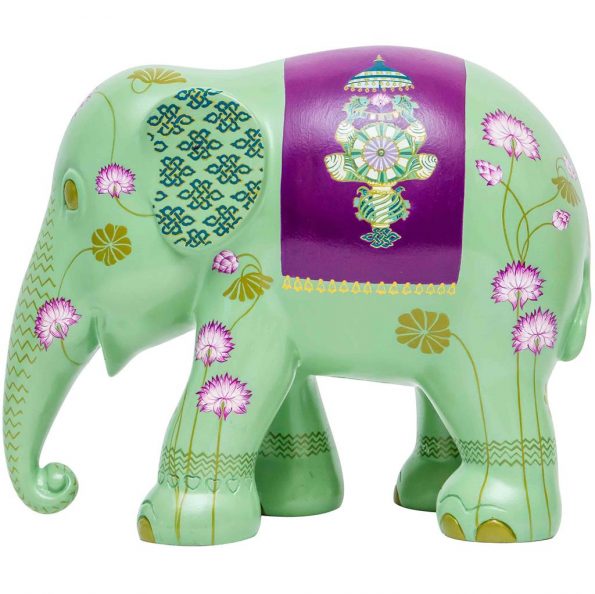 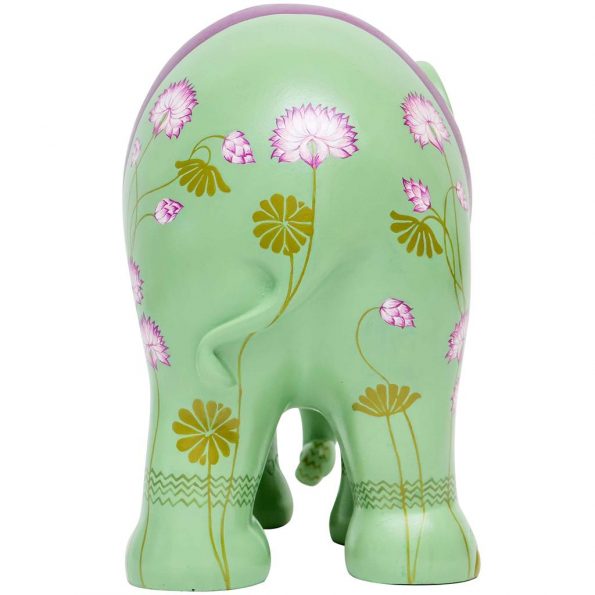 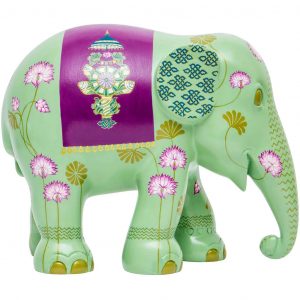 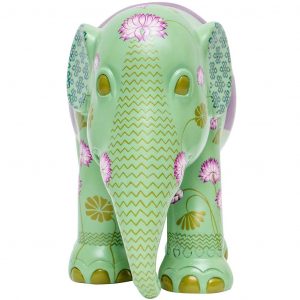 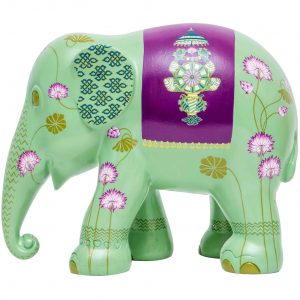 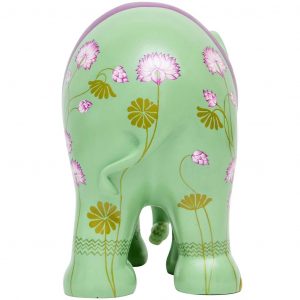 ElephantParade is the second largest public art event in the world. Since 2007 there have been events worldwide in 30 cities. More than 3,000 artists have produced more than 2000 unique works of art.

Inspiration: “Heroine of the epic tale ‘Travels on my Elephant’, Tara is one of the most famous Asian elephants in the world. She was a particularly docile creature who stood out among the many difficult elephants around her. Tara began her life as a mendicant, begging for a living. As a spontaneous act of Mark’s love, she became a gift to the Wright family, and today Tara is the queen of Kipling Camp in Kanha. TARA ASTAMANGALA is our Buddhist ode to the gentle giant who enchanted Mark and his readers around the world.”

All Elephant Parade replicas are carefully handcrafted in Chiang Mai, Thailand. Due to its handcrafted nature each piece is unique and might vary slightly in design.

Elephant Parade is a social enterprise and runs the world’s largest art exhibition of decorated elephant statues. Created by artists and celebrities. Thus Each Elephant Parade statue is a unique art piece. International cities always exhibit the life-size elephants and raise awareness for the need of elephant conservation.

2006 was the first elephant parade event by Marc Spits and his son Mike. The inspiration came from Marc Spits’ visit (while logging in Myanmar) to the elephant hospital in Thailand, which constructs prosthetic legs for elephants that encounter landmines. There he saw Mosha, a baby elephant who lost her foot when only seven months old. Thus the idea of the event came to existence.