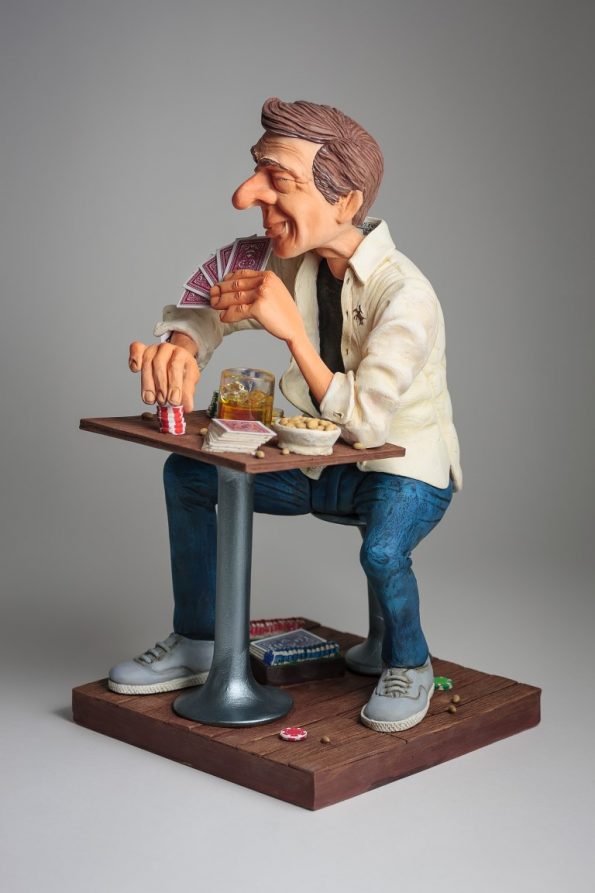 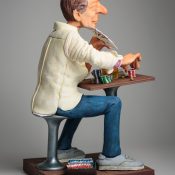 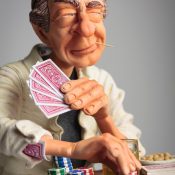 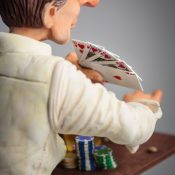 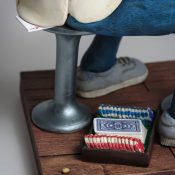 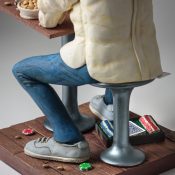 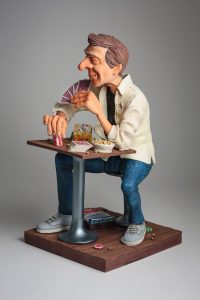 Categories: Guillermo Forchino, Offers of the week Tag: The professionals

The clock showed 5 o’clock in the morning. Pablo Pares had been playing non-stop for 12 hours. Suddenly Two beads of sweat slid down his forehead and he couldn’t believe his eyes. It turned out that the three cards that he just exchanged formed a magnificent royal straight flush. He tried his best not to show any emotion. He felt the vein in his temple triple in volume. His heart pounded like a drum in his chest, his arm began to tremble, his vision became blurred…. and he fainted falling under the table.

Three hours later, when he awoke in the emergency room, his fist clenched his royal straight flush so firmly that for several hours, no one could take the cards from his hand.

The artist Guillermo Forchino (1952) was born in Rosario Argentina and lives in Paris France with his wife Monica. His artworks find acclaim worldwide through a collaboration with VMM in the Netherlands with whom Mr. Forchino signed an exclusive agreement to have replicas of his collection and thus created in the same great detail as the original works, in numbered & limited editions, under his personal supervision. Thats why  the collection named “The Comic Art of Guillermo Forchino”. With the development of the replicas of Guillermo’s art, his designs have become available to art lovers in many countries. On this page Guillermo Forchino you will find pictures of all his creations, which can now be found in various shops in many countries worldwide.

Mr. Forchino unveil his new designs twice every year, always surprising the many fans that collect the Forchino artworks. Therefore we invite you to take a look! The artwork of Guillermo Forchino is available in various sizes. However some in the same size as the original, some at 75%, and others at 50%. And most importantly If you cannot find a specific design in your area or in our website, we invite you to contact us. Maybe we can help.